prawn curry with mint and yoghurt 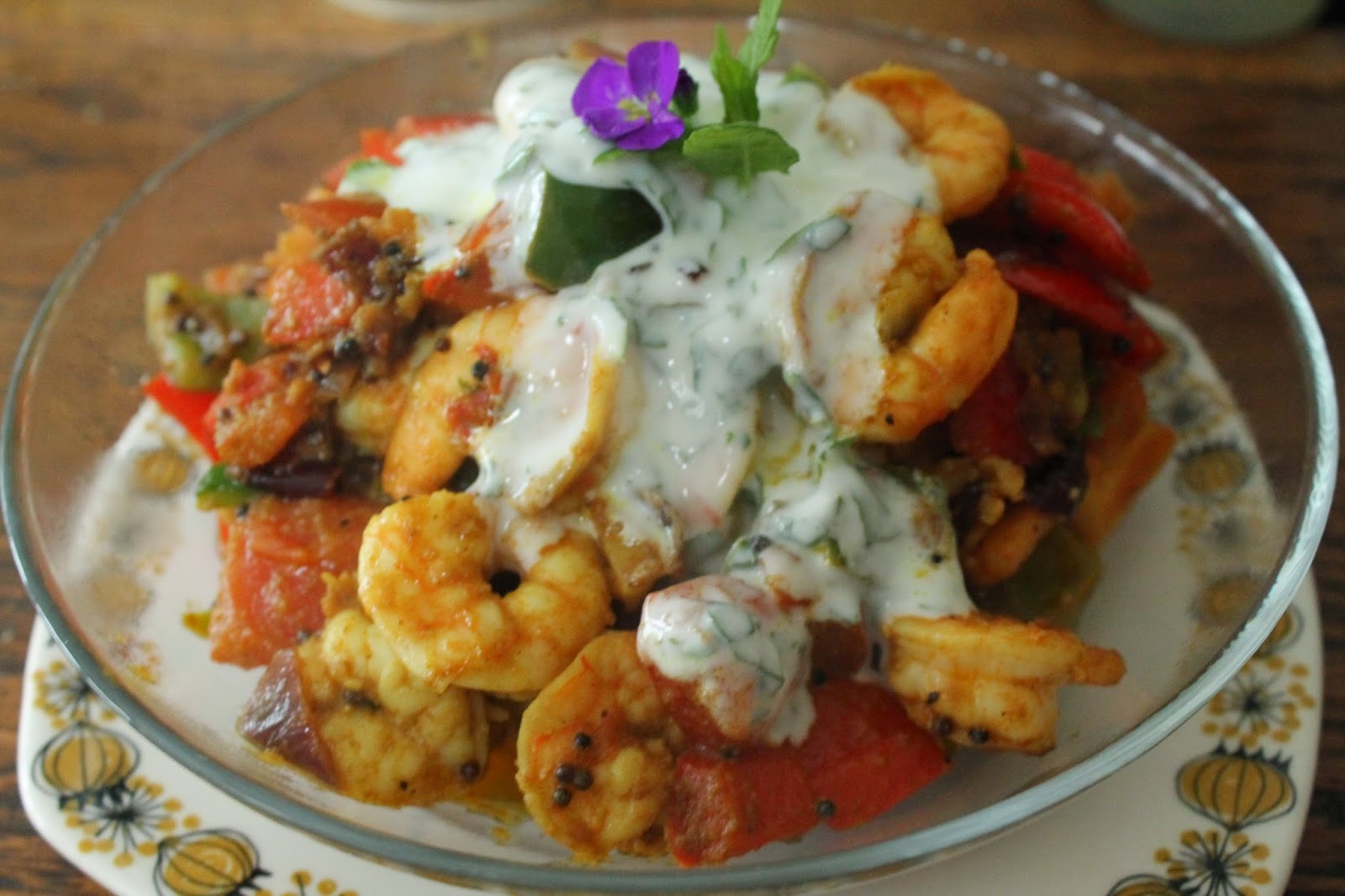 This is a lovely, light, summery curry. It doesn't take any longer than the rice to cook. We've got some sprightly, Spring mint bushing up so it would seem a shame to waste it.
While you're thinking of rushing out for prawns and yoghurt you could take the time to click on the link below and pledging lots of money for our kids' skate park!
https://www.justgiving.com/cromerskatepark/?utm_source=facebook&utm_medium=charityPagedesktop&utm_content=Cromer+Skate+Park&utm_campaign=charityPagedesktop_share 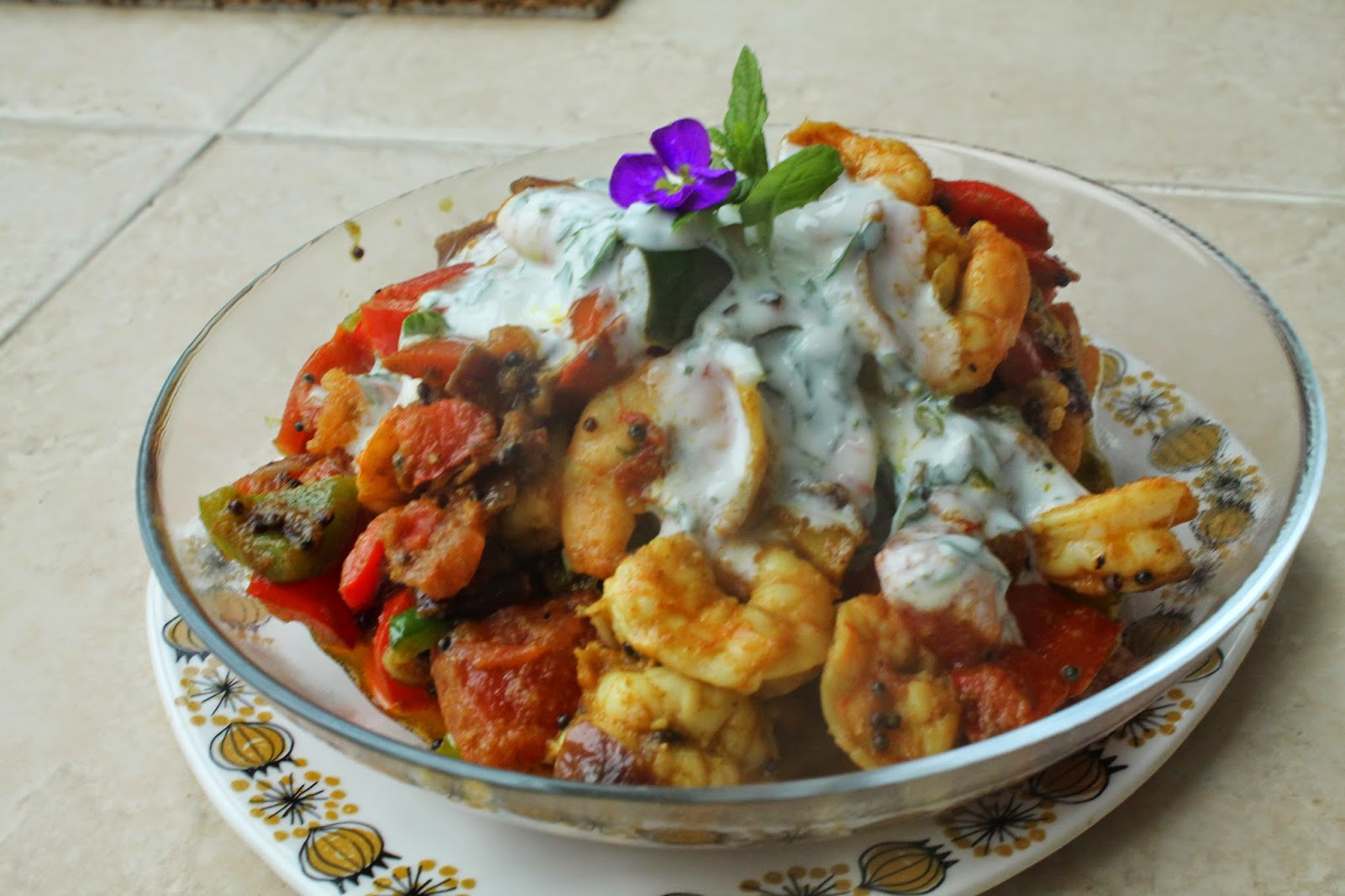 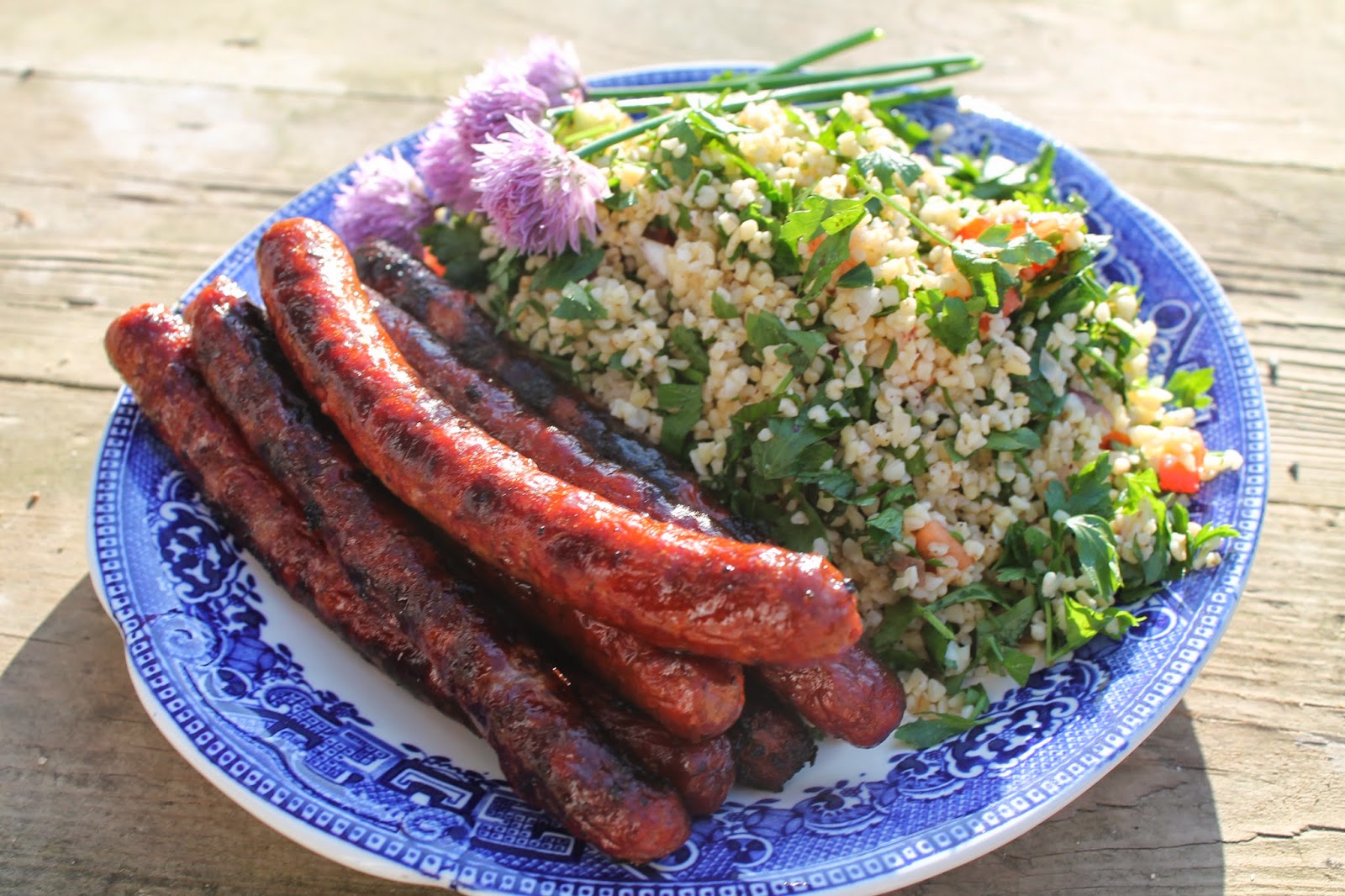 Merguez (lamb, beef and paprika) - absolutely the most wonderful barbecue delight. Spicy and spitty - perfect in the delirious sunshine that is now the definite norm in Cromer. This batch were brought back from France last Summer, bought in a last minute panic with the wine and cumin flavoured gouda cheese. Along with the sausages, the barbecue yielded some lovely chicken (2 crowns for £5, each split down the middle, glooped in an off the shelf Nandos marinade and some ill thought out lamb chops, marinated in mint sauce. The chicken was fabulous and the chops were fine but didn't taste of mint at all!

The bulghur wheat says to cook it and so on but I just soak it like couscous which, incidentally, is an ok substitute. I think they probably use dried mint in the tubs of tabouleh that we live on when we're camping in France. Other perfect accompaniments for this would be potato salad with frankfurters, celeriac in lemony mayonaise and carrot rappe.Oh and that lovely beetroot salad they do in French supermarkets.

Make sure the herbs are plentiful with the wheat in the background (I probably used a bit too much to bulk it out for the week ahead). 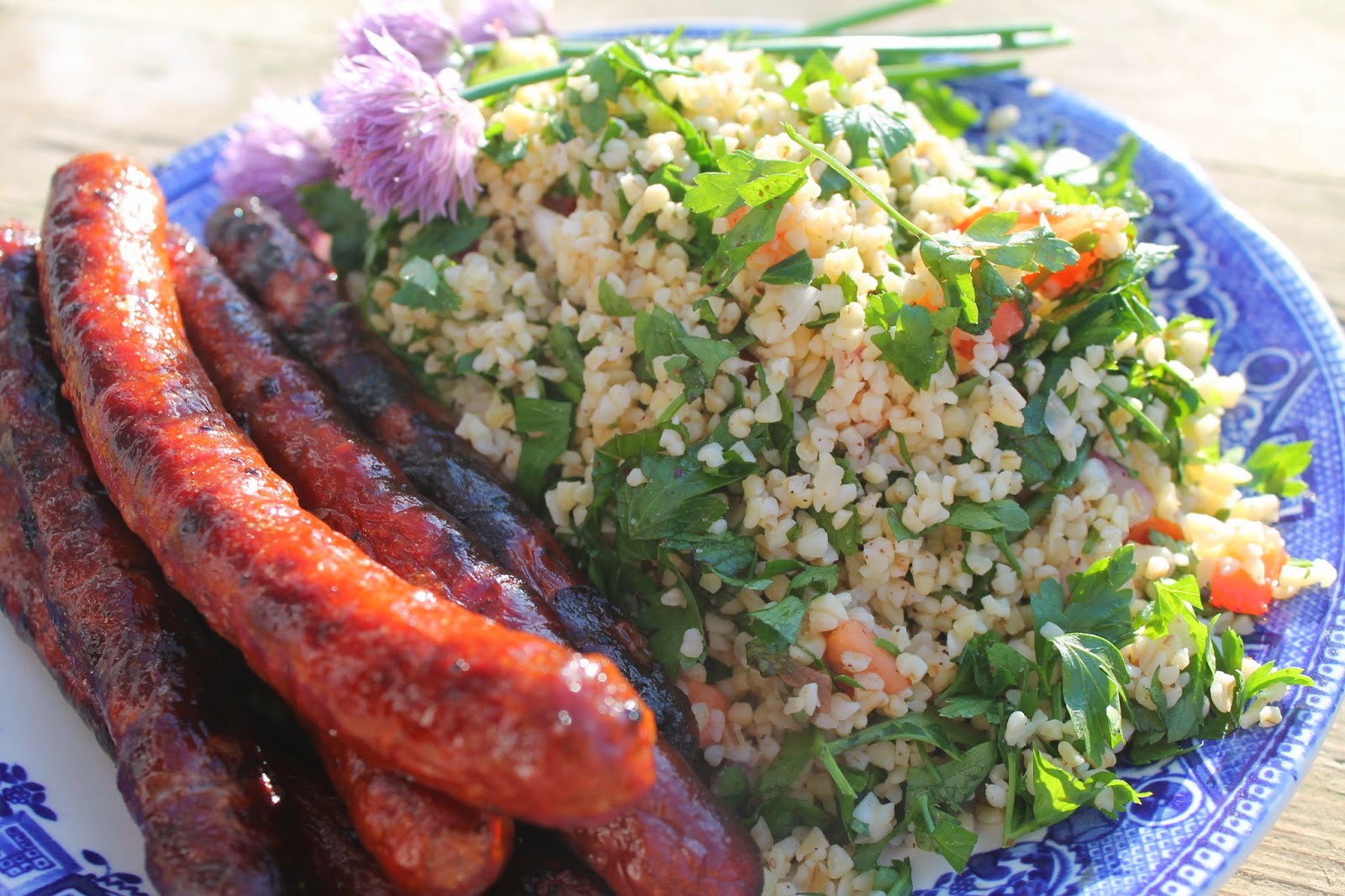 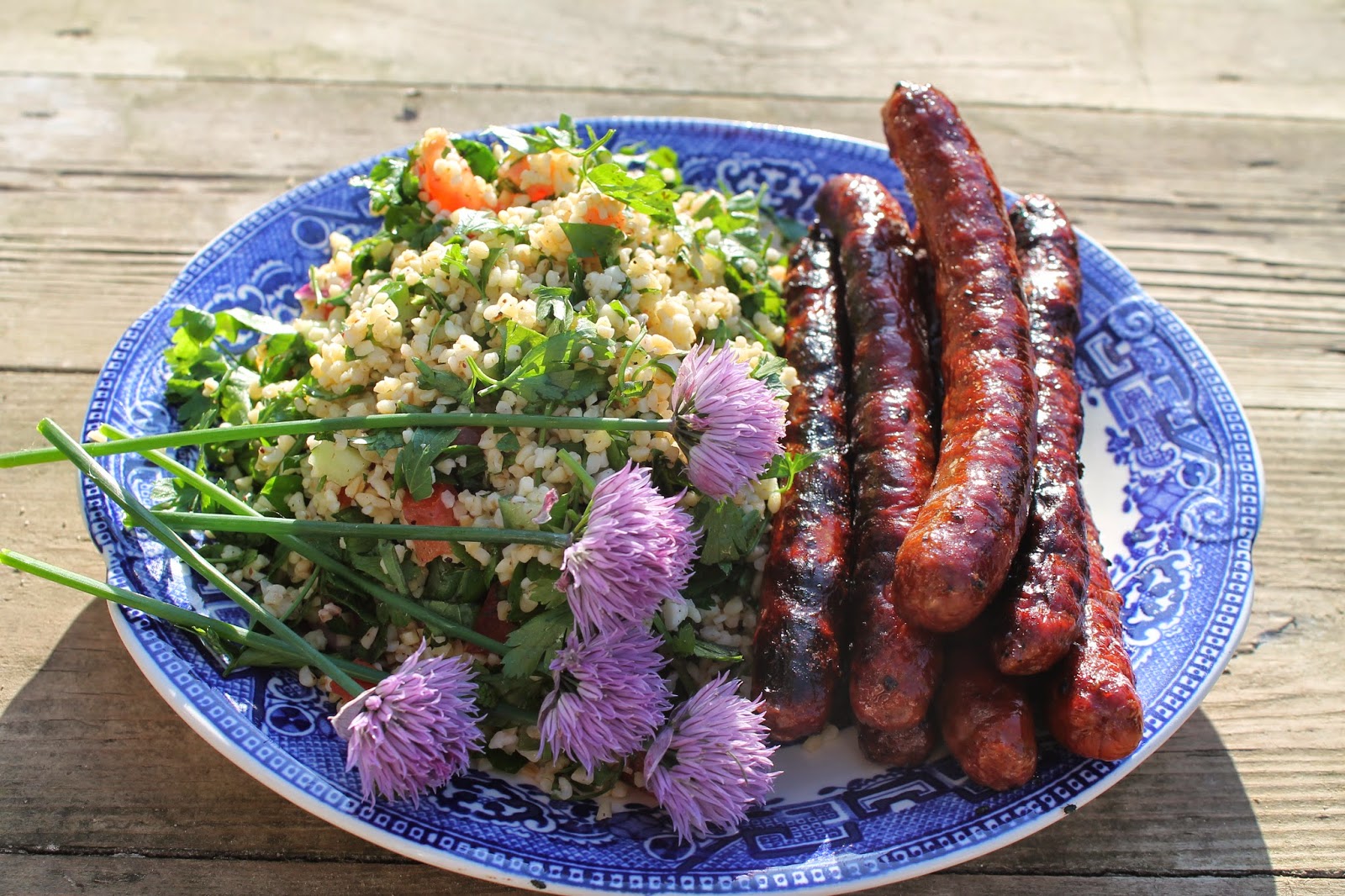 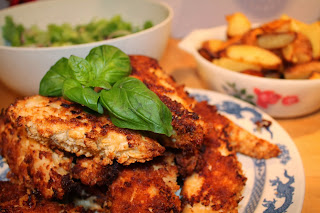 I first discovered this recipe in my catering class at school. With a few twists, I made this into the perfect dish. The bread crumbs were especially good because they were a nice crispy coating to the chicken. I presented the meal on 5 plates then fed it to my family. Arthur de Neve  (I'm 13, by the way) 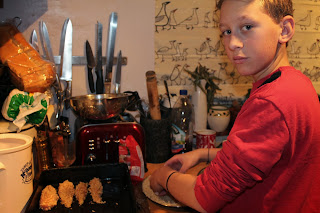 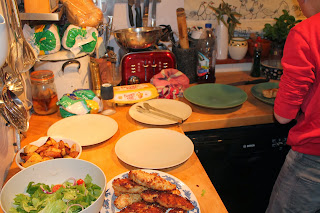 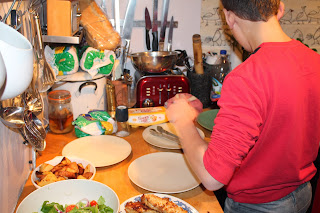 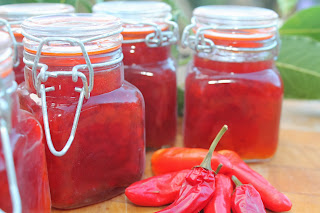 Rarely has such mirth and laughter smothered the De Neve household.
“You’re making what?”
“Chilli jam… as in … jam… with chillies in it?”
“Why would you do that?”
“Who would eat that?”
Merriment that turned to bemused contempt.
This recipe is exceptional. The paprika gives it an earthy, smoky edge that matches the sweetness and heat of the jam. Certainly great with cheese, I’d say it would be lovely with cold meats or fish.
It isn’t a quick job – set aside an hour or so. The finished mixture will make around six small jars. The ones pictured are about 4 inches high.

I imagine the vinegar you use could be mixed and matched. Balsamic probably wouldn't look very nice! 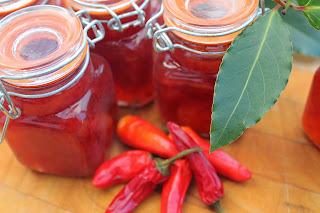 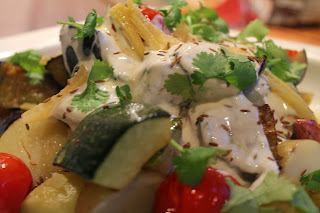 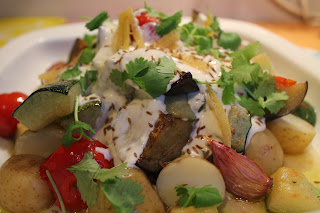 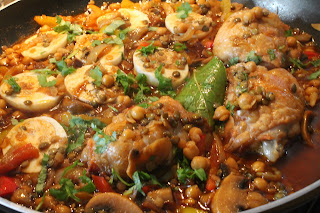 More pampering! The kids weren't likely to eat an egg curry so some chicken thighs were roasted and added. Without the chicken it would have still been amazing, with really interesting textures and the heartiness that lentils always bring to the table. The recipe will be for the egg curry but it's easy to add the chicken if anyone can't get their head around the idea of eggs in the dish. 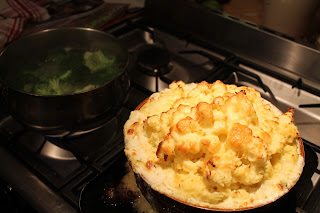 A mix of salmon, cod, smoked haddock and prawns - cooked into a cream and Chardonnay sauce, flavoured with fresh dill. Heaped mashed potato, capped with Mature Cheddar and Parmesan cheese. Baked in the oven until the cheese has browned but not so long that the poatato is super heated (I hate that!) I'd love to say the kids ate it but they had fish fingers. When will they learn? 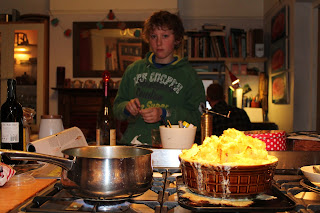